Maryland’s offshore wind industry traces its history back to the Maryland Offshore Wind Energy Act of 2013, which required 2.5 percent of all electricity sales in Maryland, come from offshore wind, part of an overall goal to procure 25 percent of electricity usage from renewable sources by 2020. This “carve-out” of the state’s renewable energy portfolio would be supported by the Offshore Wind Renewable Energy Credits (OREC) Program administered by the Maryland Public Service Commission (PSC).

In 2017, the Maryland PSC awarded ORECs to two offshore wind projects – MarWin I and Skipjack 1 – to construct 368 MW of energy capacity. At the time, the Maryland PSC projected that the wind projects will produce over $1.8 billion of in-state spending, create almost 9,700 new direct and indirect jobs and contribute $74 million in state tax revenues over 20 years (source).

As part of their review process to award the ORECs, the PSC had to determine the projects would produce a “positive net economic benefit” to the State of Maryland. To that end, the PSC ruled the companies be required to use port facilities in the greater Baltimore region and Ocean City for construction, and operations and maintenance activities. Both project developers agreed to invest at least $76 million in steel fabrication facilities in Maryland and together fund at least $39.6 million to support port upgrades at the Tradepoint Atlantic (formerly Sparrows Point) shipyard in Baltimore County. Finally, both developers agreed to establish significant goals for awarding business to minority, women, small and veteran owned firms.

Maryland began a second solicitation round in 2020 after a state new law called for an additional 1,200 MW of offshore wind production as part of an expanded state goal to ensure 50 percent of its electricity generation comes from renewable energy sources by 2030. In 2021, the PSC awarded ORECs to two more offshore wind projects – Momentum Wind and Skipjack 2 – to construct 1,654.5 MW of offshore wind energy capacity. The PSC estimated these new projects would create an additional 10,324 direct jobs and yield nearly $1 billion in-state spending. As part of the award, the projects’ developers would invest in three new primary component facilities, located in Maryland, to construct the wind generator towers, foundations, and array cables. Both projects would continue using Tradepoint Atlantic and Ocean City as project ports, and once again agreed to follow significant goals for minority, women, small and veteran-owned business participation. 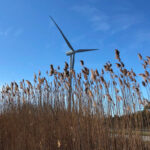 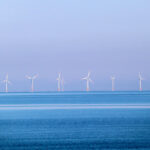 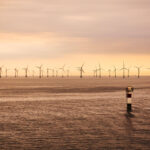 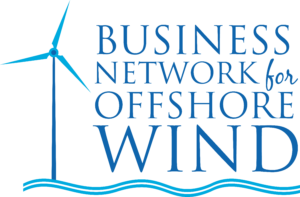